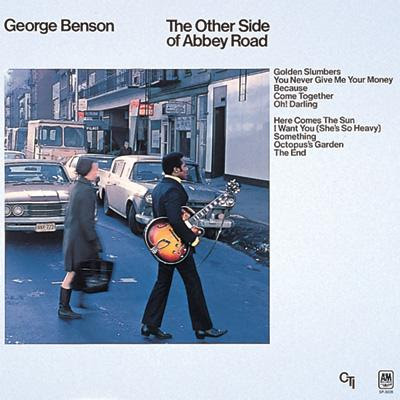 There have several thousand covers of Beatles songs but a short list of those which work well. Twist my arm and I’d go for George Benson’s interpretation of Golden Slumbers from his extraordinary The Other Side of Abbey Road (1971)

Benson was a young jazz guitar prodigy at a time when the form appeared to have hit the buffers. To purists, his attempt to take on The Beatles was the first in long series of contemptible sellouts. His musical peers saw it differently, with Herbie Hancock, Freddie Hubbard, and Sonny Fortune all contributing to what was essentially a new take on the a tradition pioneered by the Ella Fitzgerald Songbooks.

Golden Slumbers is a highlight that draws on the unusual genesis of the original. This was famously inspired by  Paul McCartney coming across his step-sister's sheet music for a piece called Cradle Music left on the piano at his father's house in Liverpool. Intrigued, but unable to read the 'black dots on the page' Paul invented a melody and then a lyric to match the theme.

George Benson takes up this improvisatory approach. His magnificent vocal floats over a haunting, ethereal arrangement. Many have crashed and burned on that launchpad but Benson is never predictable. He effortlessly sidesteps syrupy 'Beatles with Strings' clichés.

It’s weird and wonderful. The LP cover is great, too.