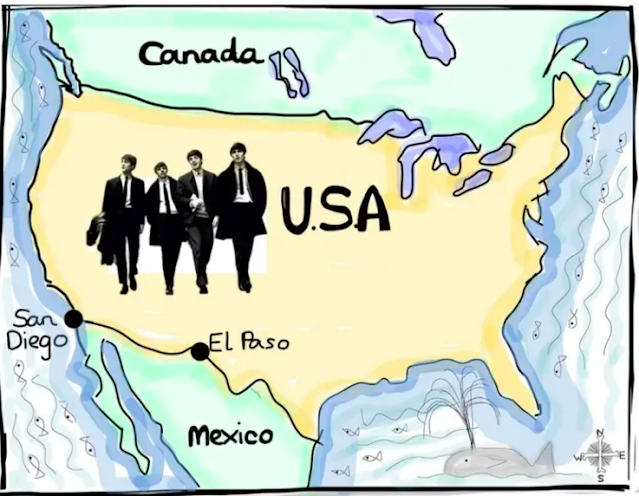 I n February 1964 The Beatles arrived at  Kennedy Airport on their first official visit. For three of the four member of the group their first experience of the USA was the sight and sound of thousands of screaming fan. Only George Harrison had crossed the Atlantic Ocean before, on a solo visit five months earlier. In September 1963, The Beatles were given a short break in their manic schedule. While the others holidayed in Europe, George Harrison travelled to rural Illinois to visit his older sister, Louise,. Accompanied by his brother, Peter, George flew to New York and then on to St Louis. Louise then drove her brothers to her new family home in Benton, Illinois (pop.7,000). George with his siblings and niece in Benton, Illinois On the day of his arrival in Benton, The Beatles reached Number One in the UK record charts with She Loves You. But in the USA they had not yet charted and were almost completely unknown in America. There were no fan awaiting him at either airport and this w
Read more 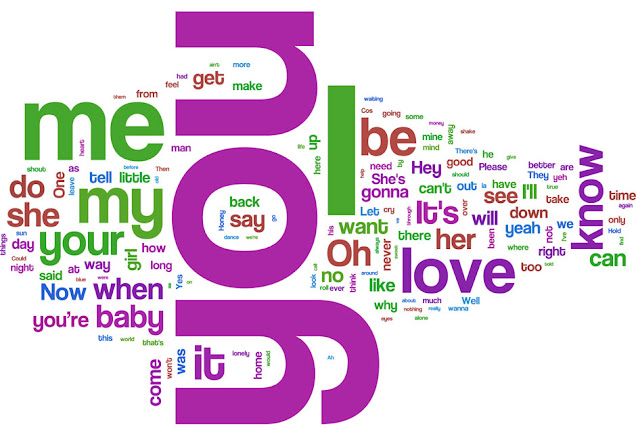 The Beatles first flew into New York in February 1964. They had what to many American ears was a charmingly fresh approach to the  English language.  Interestingly, this came across more in their spoken interviews than their lyrics. Early Beatles songs consciously followed the established 'American' style: 'I Wanna Be Your Man'.  In fact 'I want to hold your hand' (sung wanna)  arose from a direct request from Brian Epstein for a single tailored to the US market.  Atlantic Crossing Success gave The Beatles to licence (or license!) to 'Act Naturally' as Ringo sings. By the mid-Sixties British cultural and linguistic references permeate their song lyrics. Here are a small selection:  '...crawled off to sleep in the bath' ( from Norwegian Wood). This refers directly to the bathtub rather than the room. the (UK)  National Health Service  (from ‘Dr Robert’)  '...the  News of the World  (newspaper notorious for sex scandal stories  from ‘Polyt
Read more

When did George Harrison stop taking LSD? Why? 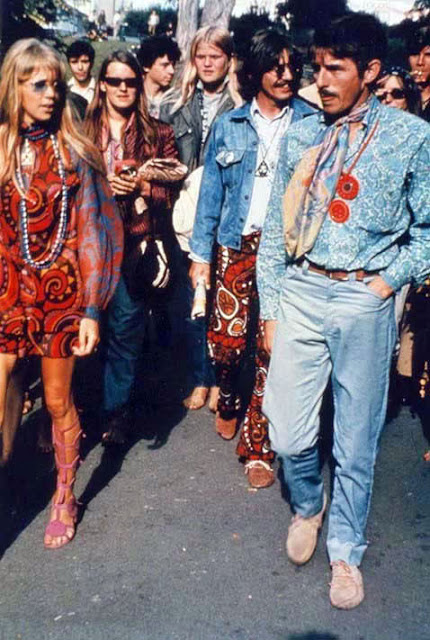 The Beatles famously brought LSD to public attention. Less well known is that George Harrison became rapidly disillusioned about the effects of the drug on young people exposed to it. His last LSD trip was in the late summer of 1967. In Anthology , George confirms Derek Taylor's earlier revelation it that was a trip of the legal type that  changed his perspective.  In August 1967 he made an impromptu personal visit to Haight Ashbury, San Francisco. This was the epicentre of the supposed cultural revolution but what greeted was sordid and threatening.  We were expecting Haight-Ashbury to be special, a creative and artistic place, filled with Beautiful People, but it was horrible - full of ghastly drop-outs, bums and spotty youths, all out of their brains.    Source With the crowd building, Taylor began to fear for their physical safety: Read full story - 3 minute free read on Medium
Read more

Why was the Walrus Paul'? 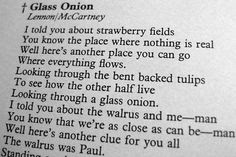 In his Playboy interview (1980) Lennon tried to explain the lyrics of 'I am the Walrus"  “Walrus is just saying a dream,”. That dream is from the world of Through the Looking Glass, albeit updated to include the sound of a police siren and images from an acid trip  Perhaps unwisely Lennon let further daylight in on the magic.. “You know, you just stick a few images together, thread them together, and you call it poetry. Well, maybe it is poetry. But I was just using the mind that wrote In His Own Write to write that song.”  He also admitted that he had had 'no idea' who or what was the 'eggman'. So how does Paul fit in?   In his 1971 Rolling Stone interview, tried to explain the McCartney reference in Glass Onion:  Here's another clue for you all. The Walrus was Paul.  He was aware, however, that all  But it doesn't sound very affectionate. Interestingly, Glass Onion was a genuine collaboration between John and Paul. The theme (an attack on the 
Read more

Most Christmas Number Ones? 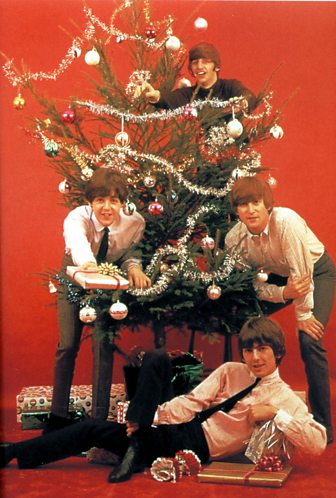 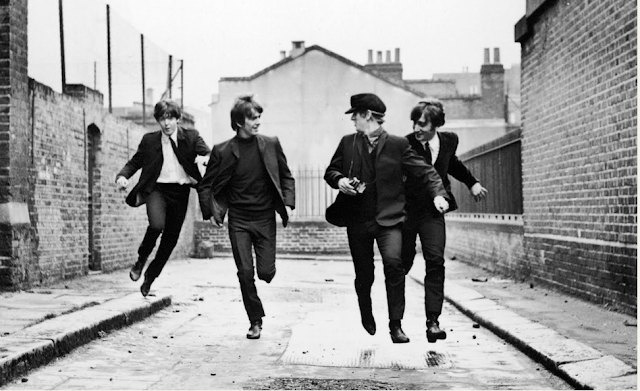 Real fans chase The Beatles around London's Marylebone Railway Station in the opening of A Hard Day's Night. This is meant to be Lime Street Station in Liverpool - but the script was in fact inspired by the first 'Beatlemania riot' in Dublin on 7 November, 1963 . Read full story on Medium (free - 3 mins)
Read more 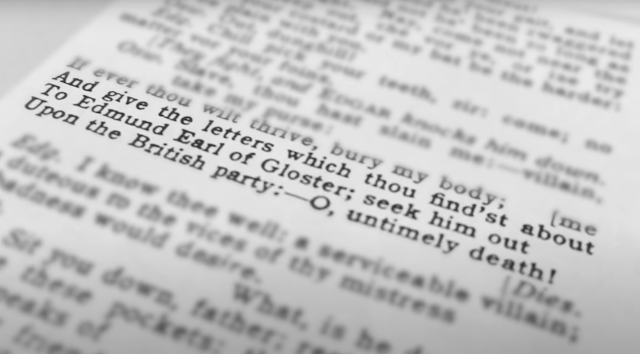 Who bossed The Beatles? 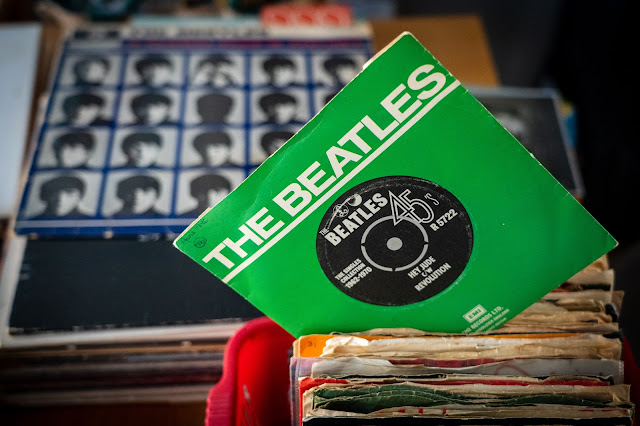 Photo by  Nick Fewings  on  Unsplash Paul :   What I think… the main thing is this: You have always been boss. Now, I’ve been sort of secondary boss.” John :  Not always. Paul : No, listen. Listen. No, always. From the secretly recorded conversation in The Beatles: Get Back (2021) John Lennon began what became The Beatles - Paul and George joined his band when all three were teenagers. That is what Paul is referring to in the documentary. Whether John remained 'the boss' through to the end is a more open question.  Read more  (free)
Read more

Who was John Lennon named after? Why?

Liverpool was heavily bombed in 1940 Contrary to Aunt Mimi’s later recollection, John Lennon was not born during an air-raid. The shadow of the Second World War was, however, very apparent at his birth.
Read more
More posts