Before they broke-up, The Beatles sold far more singles that LPs. The album, as it became known, was a luxury item - well beyond the financial  reach of the core teenage market. Singles generally outsold albums until the early seventies.

Later acts, like Fleetwood Mac, Elton John and Michael Jackson, all  benefited from the increasing availability of affordable stereo systems. Older fans were now buying Beatles albums in large numbers but these sales were dwarfed by those of Thriller, for example.

Where the Beatles outshone all their competitors was in longevity Compilations, such as the 'red' and the 'blue' anthologies sold particularly well throughout the 70s. Initially aimed at those who had once purchased the singles they also appealed to a younger market. 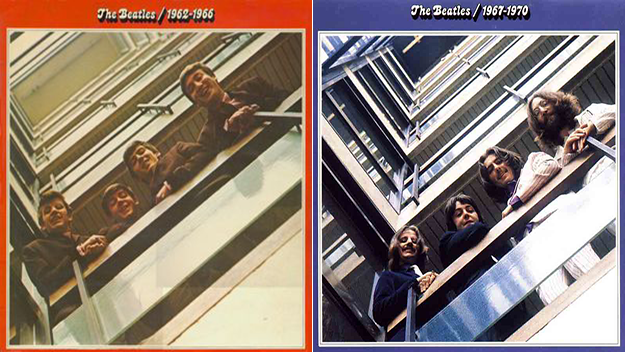 In fact the biggest selling Beatles album after Sergeant Pepper is Number 1s, a compilation of singles. This was only released in 2000, thirty years after the band last recorded together.

Sales were also helped by the mass switch from vinyl to CD in the 1980s. Ironically, the CD format has seen a rapid decline in this century, while vinyl has undergone a mini revival.

A new trend has been for special reissues and previously unreleased tracks. The Anthology series was a mass market example of this.

More recently sales have become increasingly difficult to assess, as downloads of individual tracks are added to traditional singles & albums. The extraordinary interest in the remastered albums and reissued films have, however, confirmed that the Beatles songbook remains the most lucrative one in the history of popular music.

Popular posts from this blog