All four Beatles had what Mark Lewisohn calls ‘unvarnished working class roots’ in an industrial city that had seen better days. Two (Paul and George) lived in social housing, but neither believed themselves to be poor. Paul was astonished by what he perceived to the the poshness of John's home - marvelling that John called Mimi rather than the 'Auntie' he was used to.

From Aunt Mimi's perspective, George was very much from the wrong side of the tracks and she spoke disapprovingly of his strong accent ('he's very 'dose', John). By more objective measures, the Harrison family had modest means but were reasonably comfortable by local working class standards. 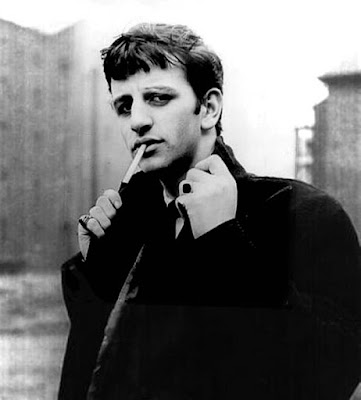 One future Beatles did experience a Dickensian childhood combining poverty, ill health and paternal abandonment. The then Richard Starkey would not meet the other Beatles until October, 1960.

Ringo Starr was not around to visit Mendips in the late 1950s. Had he done so Mimi would doubtless have hidden the spoons.