What is the most recorded song of all time? 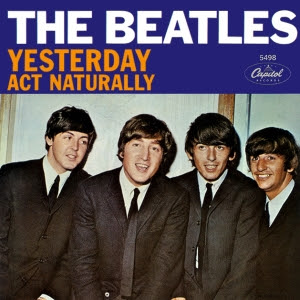 YESTERDAY was never released as a single in the UK
In recent years, a strong case has been made for George Gershwin's aria SUMMERTIME, a cabaret and musical theatre staple. Some estimates suggest that there are up to 30,000 cover version, though this has not been verified. The official winner, at least according to The Guinness Book of Records (1986) began life in Wimpole Street, London
As he has recently confirmed, the melody for YESTERDAY came to Paul McCartney fully formed in a dream. It seemed so familiar that for several days that Paul remained convinced that he had subconsciously plagiarized it. Eventually, a combination of George Martin, singer Alma Colgan and John Lennon convinced him otherwise.
Finding words proved a lot trickier. Worried that he would forget the tune, he created a dummy lyric with the working title ‘Scrambled Eggs’. The opening couplet was  unpromising : 'Scrambled eggs/Oh how I love your legs.'
Even with a workable lyric, YESTERDAY, posed challenges. One of which was that it was not really a Beatles song in that none of the others could contribute to it.

Eventually, the track was recorded in June 1965 and released two months later. It was never released as a single in the UK but was quickly hailed as a standard. Later in the year it won the Ivor Novello Award.
Other singers rushed to cover it, including  In 1986 the Guinness Book of Records declared YESTERDAY the most recorded song of all time. There were 1600 versions then — and this figure has risen to more than 2000. It has been popular in several genres — in including jazz and classical — and is a cabaret staple across the world.
Read More: Ten Fun Facts about YESTERDAY
The Beatles Digital Teaching Pack  (free to download)