Where did the title Tomorrow Never Knows come from?

May 14, 2021
Tomorrow Never Knows took The Beatles into previously unexplored musical territory. Its use of tape loops, a mellotron, Tibetan chants and various Musique Concrete techniques were startling innovations for a mainstream pop record.
The title, however, was inspired by a more homely source:

I took one of Ringo's malapropisms as the title, to sort of take the edge off the heavy philosophical lyrics.

Where did this 'heavy' philosophy come from?

The Tibetan Book of the Dead via The Psychedelic Experience by Timothy Leary and Richard Alpert (1964). Leary notoriously promoted the use of LSD as the key to what Huxley had termed the Doors of Perception.

Lennon discovered the The Psychedelic Experience when browsing the shelves at the Indica Bookshop in London:

John began to scan the shelves. His eyes soon alighted upon a copy of The Psychedelic Experience, Dr Timothy Leary's psychedelic version of the Tibetan Book of the Dead. John was delighted and settled down on the settee with the book. Right away, on page 14 in Leary's introduction, he read, 'Whenever in doubt, turn off your mind, relax, float downstream.' He had found the first line of 'Tomorrow Never Knows'.

Many Years From Now Barry Miles

Did Lennon understand what he was singing? 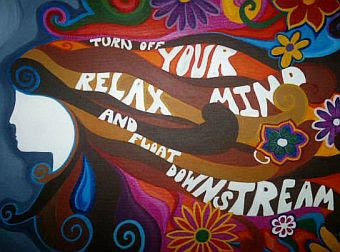 I am not too sure if John actually fully understood what he was saying. He knew he was onto something when he saw those words and turned them into a song. But to have experienced what the lyrics in that song are actually about? I don't know if he fully understood it.