Best Beatles Cover? Got to Get You Into My Life

Tamla Motown was a key influence on the early Beatles sound.  They covered Tamla tracks like PLEASE MR POSTMAN and wrote songs in a similar style. THIS BOY (1963) for example is what George Harrison called 'John doing Smokey'.
GOT TO GET YOU INTO MY LIFE (1966) is a later homage, first released on Revolver. It is one of Paul McCartney's most joyful and exuberant compositions, and perhaps The Beatles most danceable recordings. Even the hard-to-please Mr Lennon hailed it 'as on of Paul's best songs.
Early studio versions, however, lacked energy and punch. It was the introduction of Memphis Stax-style horns that gave the song a new drive. 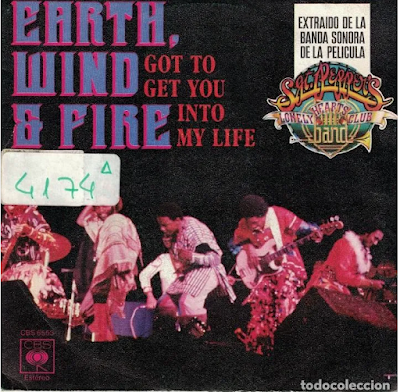 Earth, Wind and Fire pick up on this dynamism in their 1978 cover. They give it the song treatment, amplifying the horns and harmonies in an exhilarating arrangement.

Wisely, they do not draw attention to the writer's revelation that the 'she' in the lyric is marijuana. "It's actually an ode to pot," McCartney explained, "like someone else might write an ode to chocolate or a good claret."
That might explain the original's mellow horn sound, which Robert Rodriguez describes as "more Haight-Ashbury than Memphis"