Why was the sound quality so poor at Beatles concerts? 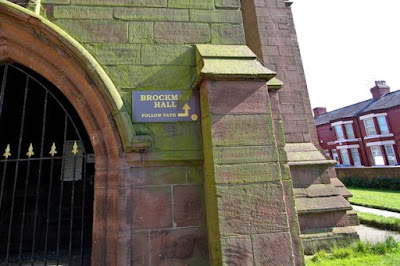 In February 1962 The Beatles played at a youth club in Liverpool, using the church hall. The venue was modest but fit for purpose. With its low ceiling and wooden floors it provided excellent acoustics for the local fans who managed to squeeze in.

Two years later they travelled to Washington DC in the immediate wake of their triumph on the Ed Sullivan Show. A concert was hastily arranged in a venue used for basketball and boxing, It set the template for all the live shows that were to come:

An 8000-voice choir performed last night at Washington Coliseum in the premiere of what is likely to become an American classic. Call it in B for want of a better name. The choir was accompanied, incidentally, by four young British artists who call themselves the Beatles. Their part was almost completely obscured by the larger choral group,

The 'thin voices' of the visiting group could not compete with the thousands of screaming teenagers.  This problem would plague The Beatles for their remaining time as a live act.

Unprecedented demand for Beatles' concert tickets created logistical problems. Promoters scrambled to gain access to the biggest venues available. In most cities these were sports stadiums -  ill-equipped to host concerts. Amplification technology was not yet ready to fill these vast spaces.

Often the (distorted) sound came through a stadium's PA system. The result and was a sonic mess - once described as a thousand transistor radios playing at once. It was also incapable of competing with the incessant screaming.

On stage The Beatles were reliant on their own puny amplifiers. Crucially they could not hear each other play. Ringo Starr could only keep the beat by watching the gyrating rear ends of his fellow band mates.

The sound on the documentary 'Eight Days a Week' is far superior to that heard by fans at concerts in 1965 - or indeed by The Beatles themselves. As Paul McCartney has said, "We couldn’t hear ourselves when we were live, as there was so much screaming going on."

Nor could they opt to play smaller venues. A chaotic return to the Cavern in August 1963 had  proved that there was no route back to the intimacy of their club-playing days. 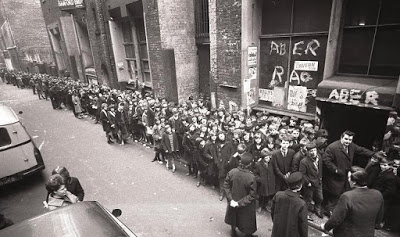