When did George Harrison stop taking LSD? Why? 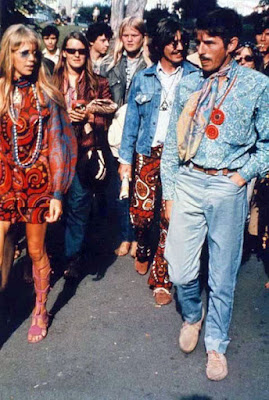 The Beatles famously brought LSD to public attention. Less well known is that George Harrison became rapidly disillusioned about the effects of the drug on young people exposed to it.

On 7 August 1967, George Harrison flew with his then wife Patti, Neil Aspinall and Derek Taylor to San Francisco.  They were there to visit George's sister, Jenny but also wanted to visit the increasingly famous 'Hippy Heaven' area of Haight Ashbury.

Not so many flowers

Scott McKenzie released his single in May 1967. A huge hit, it acted as a siren call to those attracted by the ideas of the counter culture. Young runaways began arriving in large numbers. Drug dealing petty criminals moved in to exploit them.
By August the situation in Haight Ashbury was spiralling out of control. The atmosphere was especially tense during the weekend of their arrival. Four days earlier two dealers had been murdered in horrific fashion.
Apparently unaware of this turn for the worse, the Beatles party arrived to find a depressingly sordid scene.


We were expecting Haight-Ashbury to be special, a creative and artistic place, filled with Beautiful People, but it was horrible - full of ghastly drop-outs, bums and spotty youths, all out of their brains. Everybody looked stoned - even mothers and babies - and they were so close behind us they were treading on the backs of our heels.   Derek Taylor

With the crowd building, Taylor began to fear for their physical safety:

It got to the point where we couldn't stop for fear of being trampled. Then somebody said, 'Let's go to Hippie Hill,' and we crossed the grass, our retinue facing us, as if we were on stage. They looked as us expectantly - as if George was some kind of Messiah.

Amongst those jostling The Beatles entourage were future members of the Manson family. Manson later told his biographer that Haight Ashbury at this time had become too violent for him “the district was getting ugly and mean.” source

More convincingly George Harrison would claim in Anthology to have come to the same conclusion.
….It certainly showed me what was really happening in the drug cult. It wasn’t what I thought with all these groovy people having spiritual awakenings and being artistic. It was like any addiction. So at that point, I stopped taking it actually... the dreadful lysergic. That’s where I really went for the meditation.”

Off to see Rishi

Later in that tumultuous August The Beatles (sans Ringo who was with Maureen and his new-born son) attended a lecture by the Maharishi Yogi in London. They immediately signed up for more of the same in Bangor, North Wales. It was there that they received the destablising news of Brian Epstein's death
One of the conditions for joining Team Rishi was that they renounce drug use. This resolution proved short-lived in Lennon's case, but neither George nor Paul continued to take LSD from that point on.