Did George Martin have a 'secret history'?

The George Martin who the Beatles first met in 1962 presented as Professor Higgins to their Eliza Doolittle. With his smart suit, upper class (southern) accent and courtly manners he appeared to be what Brian Epstein described as “a stern but fair-minded schoolmaster”.  “We were rednecks” as Ringo later put it. George Martin was the archetypal ‘square’: solid and suburban. They automatically assumed that he was backed by family wealth and a private education. The Beatles, with the arguable exception of Ringo, did not grow up in poverty. George Martin unquestionably did  Early history According to a recent biography, Maximum Volume (2017), George Martin came from a seriously impoverished background. Author Kenneth Womack was …very surprised about the degree of George’s childhood poverty — he describes a family that had no electricity or running water and had one gas jet. Nor was Martin the product of a privileged education. Several changes of school marked his early
Read more

Who was the 'fifth Beatle'? 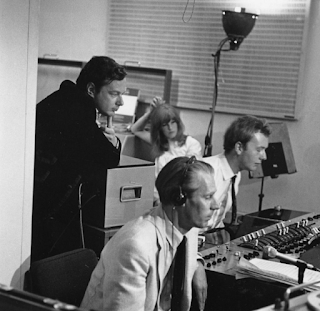 There is a long list of possible candidates, with Brian Epstein a very strong contender. Pete Best also has a claim, as a he was a full band member until August 1962. Musically, however, there is a clear winner and that is the man who offered them their first recording contract and guided them to new frontiers in pop music. When The Beatles entered Abbey Road as very raw musicians without any formal training. They were good live performers but had no experience of working in a studio. None could read music and only Paul had a natural facility for explaining musical ideas in a form that technically trained musicians could follow.  Their early compositions had potential but they needed Martin's experience to make them commercial. PLEASE PLEASE ME for example, was initially a Roy Orbison derivative dirge until Martin inspired Lennon to liven it up . The result was The Beatles first number one single. What did George Martin contribute musically? For five years the partnersh
Read more

Why did George Martin almost not sign The Beatles?

George Marti n made us what we were in the studio. He helped us develop a language to talk to other musicians . John Lennon, 1971 Despite their local success in Liverpool and Hamburg — and Brian Epstein’s best efforts — The Beatles struggled to get their first recording deal. Columbia, HMV, Pye, Philips, and Oriole all turned them down. Dick Rowe at Decca signed Brian Poole and the Tremeloes in preference, famously added insult to injury ‘Guitar groups are on the way out, Mr Epstein’. After the failure of the Decca audition, Brian Epstein was running out of options. Early in 1962 he managed to get a meeting with George Martin, the manager of Parlophone Records, an eclectic label owned by EMI. Martin was more charmed by the Beatles manager than their music. “I wasn’t too impressed with the tape Brian Epstein had played me,” Martin  told Desert Island Discs in 1996 . “There was something there but I couldn’t find out whether it was worthwhile or not.” As a favour to E
Read more

Five Fun Facts about The Beatles? 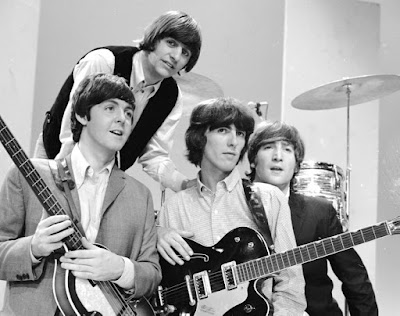 Which song did The Beatles sing on the first worldwide satellite broadcast? How many records have the Beatles sold?
Read more 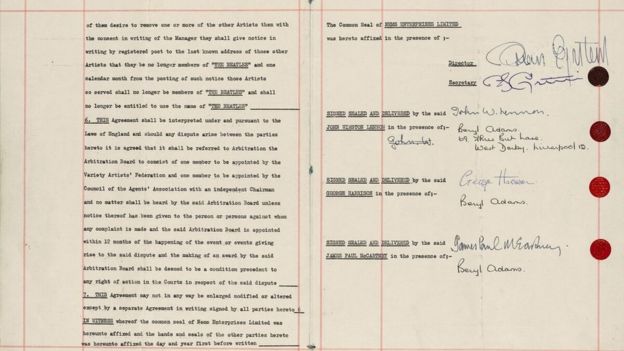 When did The Beatles last play live?

The Beatles leave Candlestick Park On August 29, 1966 The Beatles played their last (official) live concert at Candlestick Park in San Francisco.  The Candlestick Park concert was on the surface the triumphant finale of another record-breaking tour. But as Paul McCartney has recently said, it also proved a crisis point: By then we were totally fed up and then they put us in the back of a stainless steel box { the armoured car they used to leave the Candlestick Park gig }...  Now this is like some weird sci-fi thing form 2001 or something. We’re suddenly sliding around in the back of the van...The guys, John [Lennon] and George [Harrison], had been a little {fed up} about touring and, finally, all of us, were like ‘Fuck this!’ So that was the moment. There was no public announcement and no definitive decision to stop all live performance at some point. But The Beatles would never play a scheduled concert again. Back to Abbey Road Liberated from their grueling touring sched
Read more

B eatlemania in the UK spread with astonishing rapidity.
Read more
More posts