How did Yesterday change the way The Beatles wrote and recorded songs? 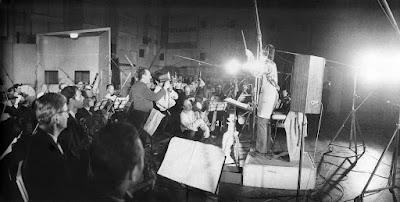 The melody for YESTERDAY came to Paul McCartney in a dream but in other respects it was the most complex Beatles project until that point.

McCartney worked on  the  song for 18 months. He was still writing the song during the filming of Help!. This irritated director, Richard Lester so much that he banned him from playing the then Scrambled Eggs on the set.. George Harrison was similarly unimpressed, remarking ‘Who does he think he is? Beethoven?’

When George Martin suggested adding strings, McCartney was uneasy (‘No vibrato, George. I don’t want to sound like Mantovani!’).

Realsiing this would be unnatural for a modern string player, Martin followed McCartney's instructions when writing the part but then asked him to help supervise the arrangement, knowing that this would demonstrate the issue.

‘As a result of which,{McCartney} added the cello phrase in bar 4 of the middle eight (1.25–27) and the first violin’s held high  A in the final verse.’ Macdonald.

None of the other Beatles played on the recording session, which finally took place in June 1965.  The others did not object but there was a little unease within the group, especially as YESTERDAY departed from the guitar sound associated with brand Beatle. This is perhaps why the song was no released as a single in the UK