Did all The Beatles come from poor homes? 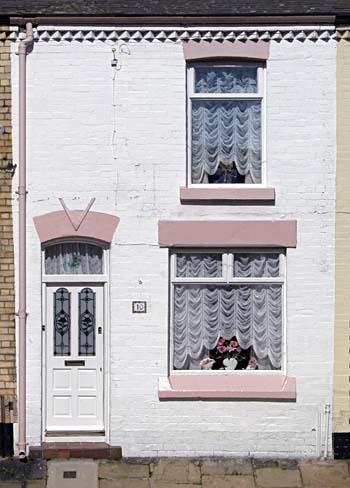 I moved in with my auntie who lived in the suburbs in a nice semi-detached place with a small garden and doctors and lawyers and that ilk living around... not the poor slummy kind of image that was projected in all the Beatles stories. In the class system, it was about half a class higher than Paul, George and Ringo, who lived in government-subsidized housing. We owned our house and had a garden. They didn't have anything like that .  Playboy Interview with John Lennon and Yoko Ono: Published in January 1981  10 Admiral Grove where Ringo grew up - now owned by National Trust A slightly more accurate summary would point out that Ringo was at least  'half a class' lower than Paul and George and did not live in social housing or what the British call a council house. Dingle was one of the poorest areas of Liverpool and the Starkeys paid ten shillings (£0.50p) a week to a private landlord for 10 Admiral Grove, a terraced house without a bathroom or indoor toilet. It is also int
Read more

I Wanna be your Man 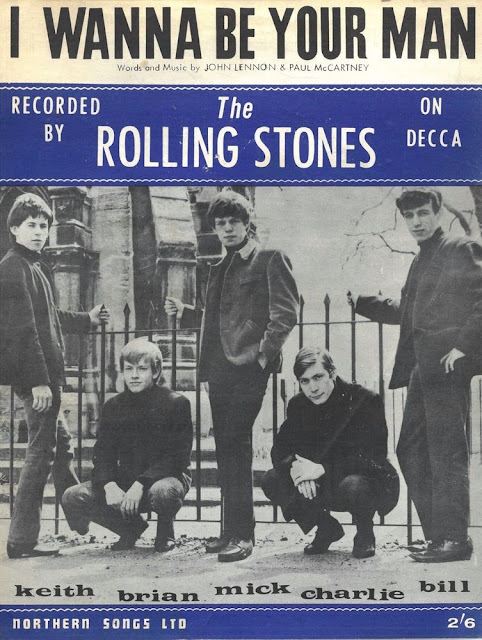 The songwriters in surprisingly small writing How did Lennon & McCartney end up writing I Wanna be your Man for the Rolling Stones? There are at least three different versions of what happened.
Read more

What does Lennon say at end of Strawberry Fields? 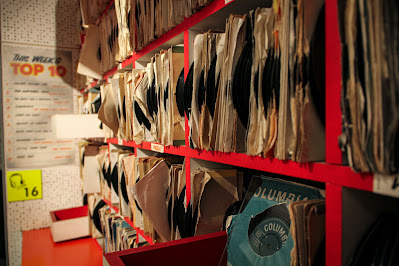 The 'Paul is Dead' conspiracy was fuelled by supposed clues hidden in the recordings I told you about strawberry fields ... You know the place where nothing is real...Well here's another clue for you all ... The walrus was Paul.
Read more

Which Beatles song was inspired by an advertising jingle? 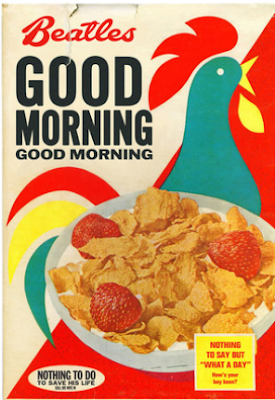 It’s a throwaway, a piece of garbage...from a Kellogg’s cereal commercial. I always had the TV on very low in the background when I was writing and it came over ...{ i n this } song .  During his Weybridge years, John Lennon was a British version of Benjamin Braddock in  The Graduate  (1967). Though extraordinarily privileged in material terms he felt alienated: a rich, successful young man angry at the suburban world he found himself in. This anger was largely expressed through petty acts of passive aggression against those surrounding him.   In the conventional Beatles narrative, John Lennon was the wild man, with an artistic bent and a taste for the avant garde.  Paul, in contrast, was the son-in-law choice: cute, sensible and with the common touch.  In reality, the roles were reversed. McCartney spent his Beatle downtime careering around  Swinging London in his Mini Cooper, the pop world's Toad of Toad Hall. He was a fixture of the hip clubs, fashionable parties and talked-abo
Read more 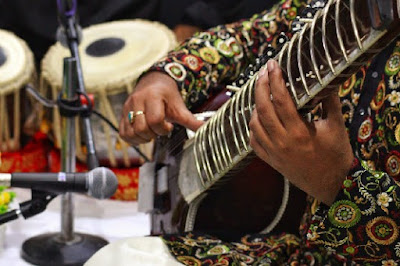 Photo by Saubhagya gandharv on Unsplash George Harrison’s first serious attempt at an ‘Indian’ composition had the unpromising working title of “Granny Smith”. George revealed his 'difficulty with words' in an interview with Maureen Cleave for the London Evening Standard in February 1966. He wishes he could write fine songs as Lennon and McCartney do, but he has difficulty with the words. “Pattie keeps asking me to write more beautiful words,” he said. He played his newest composition… ’Love me while you can: before I’m a dead old man…’ George was aware that these words were not beautiful. Evening Standard readers may have had the impression that “Love You To” was a love song celebrating George’s recent marriage to new Pattie (Boyd). The couple had, after all, just returned from honeymoon in the (then) impossibly glamorous Barbados. Perhaps more pertinent, however, was another Maureen Cleave’s observation from the same interview. Indian music and culture, she noted, “has give
Read more 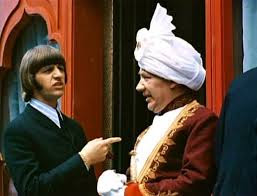 Indian restaurant scene from Help! (1965 The first time George Harrison saw a sitar was on the set of Help in April 1965. A group of Indian musicians had been recruited to add an authentic Indian ambience to the restaurant scene. They played a  a Beatles medley ('Another Hard Day’s Night')   using  sitar, flute, tabla, ghunghroo and tanpura.  These session musicians performing Beatles songs in an Indian style were also being employed for comic effect but to his surprise, Harrison found himself entranced by the sound. ‘George was fascinated by the instruments they used,’ John Lennon later reported. He wanted to hear more and over the next few months Harrison began researching traditional Indian music.  Ravi Shankar The Beatles guitarist discussed his new interest with David Crosby, who toured the UK with The Byrds in August 1965. Crosby told him about Ravi Shankar, then virtually unknown outside India. Crosby also lent Harrison a Shankar LP that he ‘carried in his suitcase’.  It
Read more

Who was the best man John and Yoko's wedding? 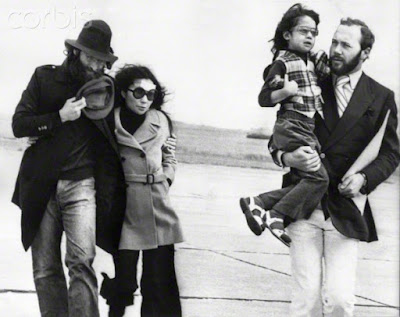 In 1962 Brian Epstein was the best man hastily arranged wedding of John Lennon and Cynthia Powell in Liverpool.
Read more 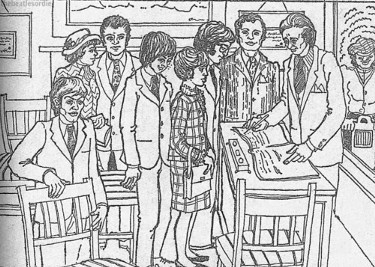 Did the Beatles ever live together?

In the film Help  The Beatles living together in the ultimate bachelor pad. Four doors lead into a miraculous shared space, with all mod cons. No boring housework to worry about.  Unsurprisingly, this fun palace bore little resemblance to The Beatles own living arrangements, past or present. Before they were famous, the band had shared countless dingy rooms and transit vans. They had never, however, formally lived at the same address.  Paul McCartney, conscious of his local reputation, was still officially living in his childhood home when he returned from USA in February 1964. Like his bandmates, the  22 year-old millionaire  had always relied on 'home' for  bed & board, plus laundry and poste restante. Even after he left Liverpool, he moved in with another family: that of his then girlfriend, Jane Asher London Brian Epstein finally moved The Beatles base of operations to  London in the summer of 1963. He arranged for them to stay at the Hotel President, near the British
Read more
More posts